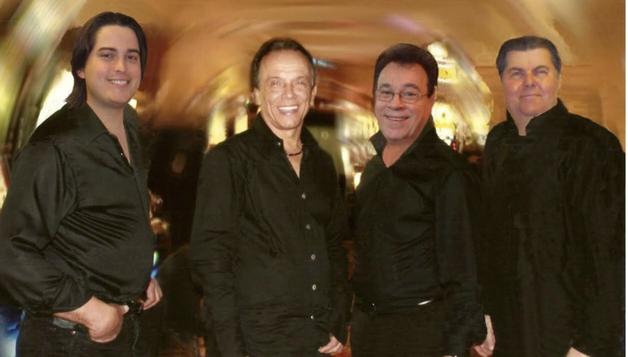 Harvey Jesus, has been an entertainer for years. Entertaining like no other, Harvey has taken the stage with artists such as: Lynyrd Skynyrd, Ted Nugent, and Chaka Khan.

Harvey has also opened his stage to those who are seeking a chance to share their talents, "If it weren't for others giving me a chance to sing on their stage, I might not be who I am today; so if someone is willing, they are more than welcome!" - Harvey Jesus

Jay started playing guitar at age twelve and by age eighteen he was playing professionally. He was heavily influenced by classic rock groups such as Aerosmith, Kiss and Led Zeppelin back in his teenage years.

Jay comes from a musical family. His father, Harold Fiorello, played eight instruments and worked as a sideman for several dance bands in New Orleans. Harold recommended exploring other music genres and Jay's versatility dramatically increased after diversifying into Jazz/Fusion, R & B, Pop/Rock and Country music.

Jay has played guitar and sung back vocals for various local musical groups and recording projects. He has been in such versatile bands as RPM, Rainstreet, C'est La Vie, Southwind and No Limit.

He is also well versed in songwriting, studio recording & production. He placed in the top 10% of the "Louisiana Hot Sounds Songwriting Contest" in 1992, held by the Louisiana Songwriters Association. Presently he has copyrighted over 15 songs to his credit and more to come.

"It is certainly an honor and a privilege to perform with Harvey and the guys. I look forward to each and every gig. They're flat out great musicians. It's such a blast! From the time we load the gear in, to when the equipment truck pulls out. We ALWAYS have fun!"

Harvey Jesus was born and raised in the 9th ward amongst the most popular musicians of the day. During that time the music charts were covered with the sounds and artists that came out of New Orleans and the ward.

Harvey was first introduced to the music scene in 1964 by Art Sir Van who was the lead singer of the Jokers who had several hits, "There's Got To Be A Girl", "Last Date" and "Don't Break Your Promise to Me." Harvey joined the Jokers and developed into a powerful vocalist and charismatic entertainer.

In the late 60's and early 70's, rock was emerging as the prominent music of the day, and Harvey was drawn toward this new dynamic which led to the formation of the Together, comprised of the most popular and talented musicians around. They hit the road and headlined many big venues and opened for many major acts including Lynyrd Skynyrd, Ted Nugent and Chaka Khan.

After many years on the road, Harvey returned to New Orleans and started a 10 year run at "the Bounty" which developed into the premier night spot in the city and made Harvey a local celebrity. Harvey then moved the band to another very popular local spot, "Frankie G's" where he still commanded a huge following playing all the tops hits of the day.

In 1998, Harvey Jesus was inducted into the Louisiana Music Hall of Fame, and remains one of the most engaging singers around. This charismatic entertainer moves audiences to their feet nightly with heartfelt interpretations of the songs that touch his soul. No matter what genre, his powerful voice and incredible range leave music lovers of all ages amazed.

Harvey Jesus and Fire is more than your average group of guys! Each coming from very diverse backgrounds, they are all equipped with skills that compliment one another on and off the stage. 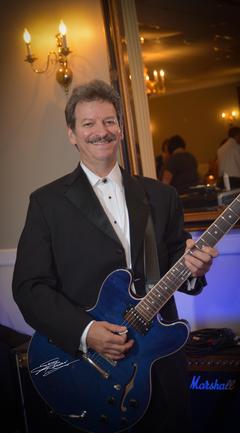 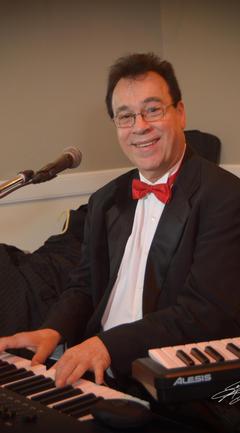 Louisiana's Premier Dance Band with the "Most Extensive Song List Ever"

​     Born in Brooklyn, New York, educated at Syracuse University and trained at Julliard School Of Music, Mike began playing piano and organ professionally at 18. After forming his own group and spending several years playing original music, Mike was drawn to the roots of the music he loved, and moved to New Orleans.
Mike was determined to absorb every style, influence and feel found in the wealth of New Orleans music. This resulted in his working with the Who’s Who of New Orleans artists, (Aaron Neville, Irma Thomas, Fats Domino, Frankie Ford, Ernie K Doe, Jean Knight, Oliver Morgan, Tommy Ridgley, Johnny Adams, The Dixie Kups, Dr. John, Robert Parker and Alan Toussaint), as well as many national stars and acts (The Platters, The Coasters, The Shangra-Las, Little Anthony and the Imperials, Sha Na Na, Chuck Berry, Chubby Checker, Gary Puckett, Rita Coolidge, Bobby Rydell and Huey Lewis).

In 2004, Mike was inducted into the Louisiana Music Hall Of Fame. In 2013, Mike was thrilled to be asked to join “ Harvey Jesus And Fire”.

Mike says, “Harvey’s talent , work ethic, and professional standards have long kept him at the forefront of New Orleans artists, and as a result his band’s popularity spans generations. I’m proud to be a part of his musical family.”